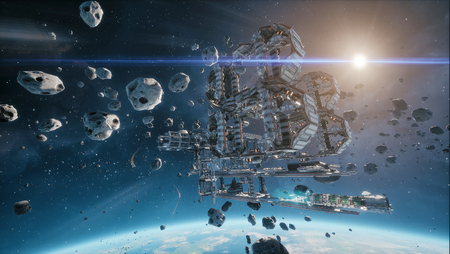 Grady & Brunt Factories are large structures that are randomly found throughout the DMZ in [Everspace]]. Similarly to Service Stations, they offer several services and are owned by G&B. 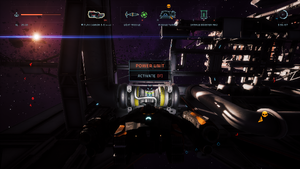 The activation prompt for each power unit

Before the player is able to access the services listed below, they must first activate several power units scattered around the factory by flying close to each one and pressing the interact key. After activation, the services will be activated and G&B freighters will start jumping in and out.

There is a rare (10%) chance of a factory already being powered up.

Each factory has at least two services, the Ship Tuning Station and Refinery, with a chance for a third: the Repair Bay. If G&B is hostile to the player or there are Outlaws nearby, the services will be unavailable and special factory turrets will fire at any enemies to the G&B.

Similarly to Service Stations, services will be closed when enemies to G&B are nearby or if they consider the player hostile. Factories are equipped with Factory Defense System missile turrets.

The tuning station offers a choice between three random temporary or permanent (in the current run) upgrades in exhange for credits or resources. Once selected, upgrades can be viewed in the Data screen in the menu, in the "Ship Upgrades" tab. There are 17 total upgrades, listed below: 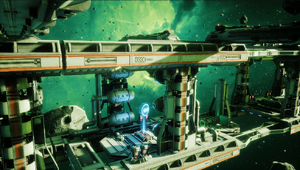 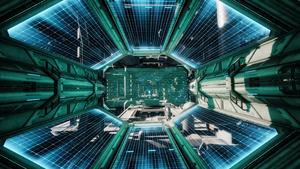 The refinery is a resource-only trading service, where the player can trade a certain amount of a resource for one of a different resource.

The repair bay is a small tunnel with several transparent 'panels' that, when flown into, repair the hull a small amount and also repair components.